Are you developing or does your device interact with guidewires, guiding catheters, introducer sheaths, stents, or stent-grafts?

Acute Particulate Evaluation can speed development of your devices. Medical device systems used during interventional procedures can unintentionally release particles during use. Depending on the treatment location, and the patient history, particles introduced into the bloodstream during a procedure, may present an embolic risk to the patient.

Knowing the quantity and size of released particles helps determine how severe the embolic risk or potential impact on the end organ(s). Acute Particulate Evaluation is used to assess the total amount of particulate matter and the size of particles that could be potentially introduced into the bloodstream during in-vitro evaluation of medical devices.

Identify which device deployment step generates the most particles 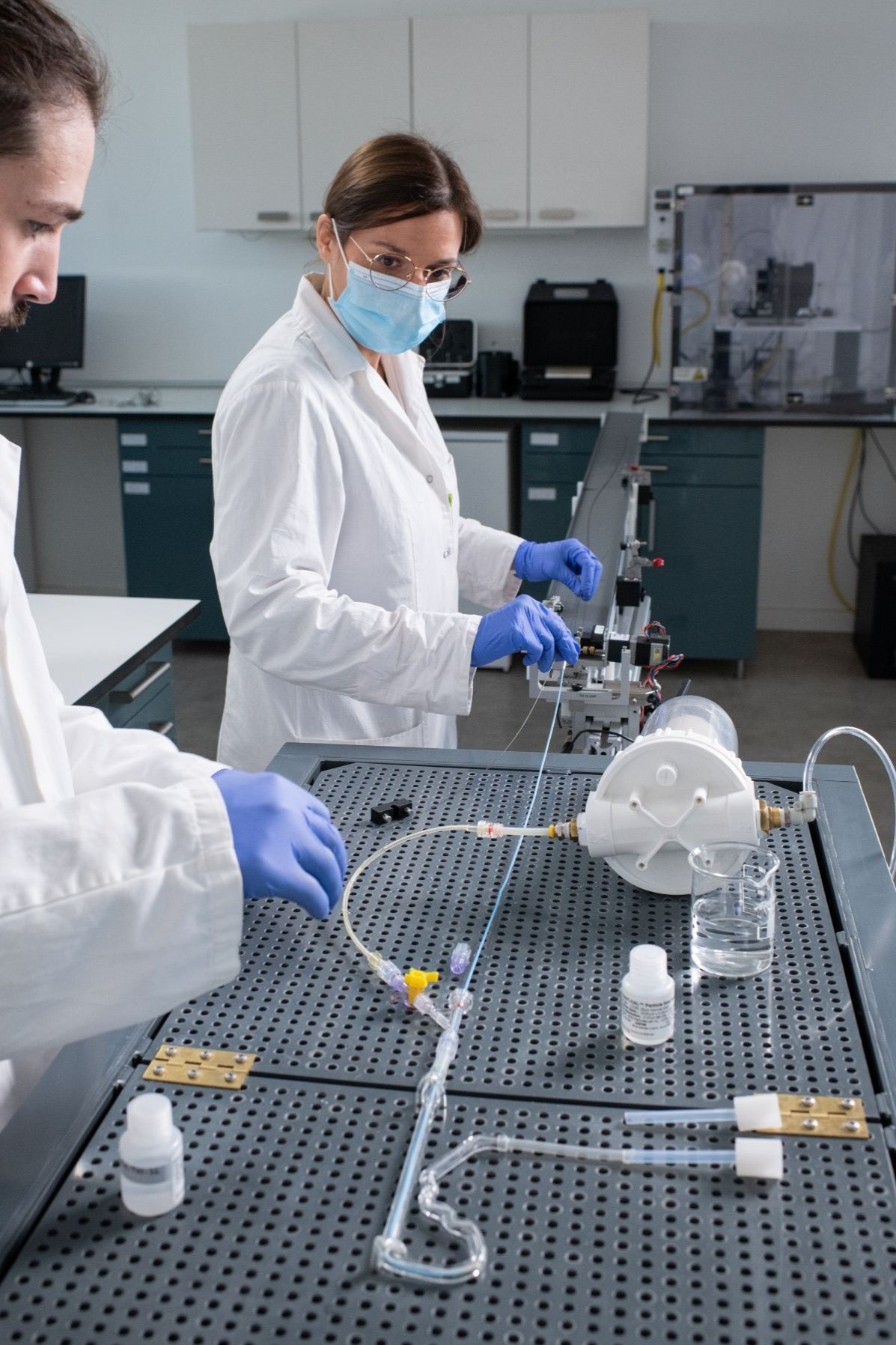 Our in-line continuous particulate counting technique automatically measures and displays real time particulate levels during simulated use testing. Particles are continuously monitored, counted, and classified according to customizable size ranges while tracking the device through a given anatomical model. If a deployment step or a specific location in the anatomical model generates an unacceptable level of particulate matter, your engineers can optimize their design to mitigate this occurrence.

This greatly speeds up the development process for early-stage prototypes and allows for quicker resolution of issues found in verification and validation (V&V) testing.

Off-line counting involves capturing or filtering the total volume of test fluid used during the experiment and then determining the total counts of particles offline at the end of the experiment. It does not provide data on the corresponding deployment phase or specific location in the anatomical model which released certain particles. The large volume of fluid required introduces bias and uncertainty to the measurement as the fluid needs to be collected, handled, and finally sampled. 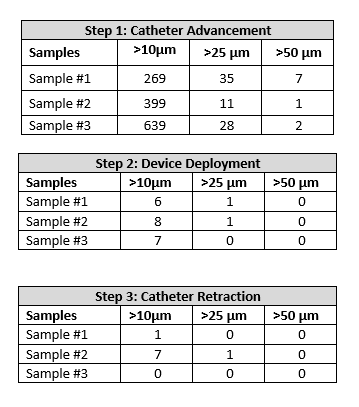 Detailed particle characterization techniques including chemical identification, FTIR crystallinity, and morphology may be used to understand the nature and composition of the released particles. Having a real-time release curve can help give basic information to designers without using characterization methods which add a significant cost to the study when large numbers of samples need to be tested and evaluated.

It is up to the device manufacturer to justify the acceptable level of particulate matter released based on the particular indication. Currently there is no clear consensus on acceptance limits of particulate matter generated by interventional (or minimally invasive) medical devices. In addition to the following resources, comparative studies on predicate devices against clinical benchmark or predicate devices with significant clinical data and without any history of adverse clinical events related to stoke or embolism may also be used.

Clinical significance related to particulate matter is provided in AAMI TIR42 – Evaluation particulates associated with vascular medical devices. Some guidance for setting up acceptance criterion is also provided in USP 788, the European Pharmacopoeia and/or the Japanese Pharmacopoeia on injections and parenteral infusions in vials with a nominal content of less than 100 mL ASTM F2743 provides a clear test method for Coating Inspection and Acute Particulate Characterization, but its scope is limited to Coated Drug-Eluting Vascular Stent Systems.