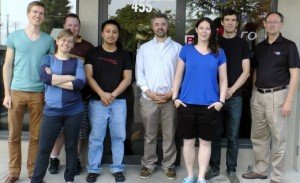 “Victoria is a great town for biking. We encourage healthy and ecological initiatives like Bike to Work BC with bike storage racks and on-site shower facilities at ViVitro.”  notes General Manager, Gerry Wight.

About BTWBC: Bike to Work BC is a registered non-profit society governed by a board of directors. Vision: To experience the joy of an ever increasing number of people safely commuting by bicycle. Mission: Encourage more people in all BC communities to commute by bicycle through Bike to Work initiatives. We will secure and share resources and best practices that will stimulate growth in commuter cycling. In 2013, more than 35 regions/communities participated with the following stats: 19,860 Participants; 3,634 First-time commuter cyclists; 3,175 Workplace teams participated; 734,973 Kilometres were cycled; 170,516 Kilograms of CO2 were saved from entering the atmosphere; 20,138,260 Calories were burned; and $47,388 In Gas saved.