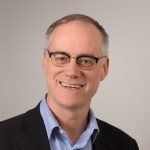 Scott Phillips is CEO of the StarFish group of companies, including StarFish Medical and ViVitro Labs Inc. He holds a degree in Engineering Physics from the University of British Columbia. Under his leadership StarFish has grown into a diverse professional organization with clients around the world and 100% focus on medical devices. Scott is a Fellow of The Canadian Academy of Engineering, winner of the EY Entrepreneur Of The Year™ 2017 Pacific Awards Technology category, 2017 recipient of the VIATEC Technology Champion award, Chairman of the LifeSciences British Columbia board, and volunteers with Junior Achievement, Entrepreneurs Organization, and University of British Columbia. 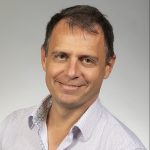 Karim Mouneimné brings over 20 years of medical device industry experience in Europe and the US. He has held commercial development and R&D positions with manufacturers including Johnson & Johnson and Edwards Lifesciences. Karim founded Venture Medical Solutions (VMED) and served as Managing Director until the company was acquired by PROTOMED in 2008. The architect, President and CEO of ProtomedLabs, an ISO 17025 accredited laboratory specialized in cardiovascular device performance testing, Karim adds a global perspective with deep technical and client knowledge to ViVitro leadership. Karim holds a Bachelor and Master of Science in Biomedical Engineering from Arizona State University. 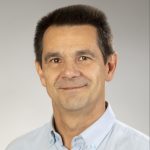 Vincent Garitey has over 20 years of experience in the medical device industry. He holds several device patents with French Key Opinion Leaders. As a former AFNOR and AFSSAPS expert, Vincent reinforces PROTOMEDLABS lead position in cardiovascular device testing. Vincent played a major role in establishing ISO standard specifications for cardiac valve prosthesis. He spent 5 years as a scientist for MecaBio specializing cardio-vascular devices research and was the lead engineering in the development of Prof. Alain Carpentier’s mechanical valve prosthesis, a collaborative project with BAXTER Healthcare and SICN. Garitey holds a PhD in Fluid Mechanics from Université de la Méditerranée. 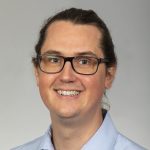 Rob Fraser joined ViVitro Labs in 2012 as a Mechanical Engineer. Named Lab Manager in 2014 he oversaw the growth and expansion of the laboratory services division of the company. In 2017 he took over as Interim General Manager and rebuilt the team while turning in two years of the highest revenue and profit in the companies’ 45 year history. He is proud to represent the Standards Council of Canada (SCC) to ISO/TC 150/SC 2 as a technical expert in heart valves. Rob holds a Masters in Biomedical/Mechanical Engineering. 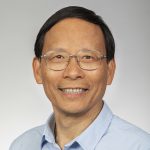 Ian Chen has over 20 years of experience in the medical device industry. He holds over 10 US and over 20 Chinese medical device patents. He served as senior R&D managers in medical device companies in Canada for over 10 years and as executives of medical device start up companies in China for 10 years. His expertise includes bioelectric signal and cardiovascular pressure data acquisition and processing, product development, manufacturing and quality control, and regulatory approval of medical devices. Ian holds a PhD in biomedical engineering from the University of British Columbia, Canada. 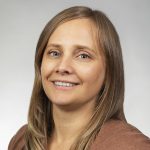 Janet Murray brings 12 years of experience in Operations Management, Sales, and Customer Service for diverse industries including software and publishing. As Operations Manager, she leads all aspects of Client Relations and Technical Support, managing order processing and customer post-order communication. Janet interfaces with various cross-functional groups and departments to ensure quality and on time delivery of ViVitro’s offerings. She is committed to growing service offerings and ensuring a high level of customer satisfaction. Janet holds a Bachelor of Arts with a focus in English from Concordia University.