Immersing cardiovascular devices in a saturated calcification solution and exposing them to mechanical stresses associated with full opening and closing under normotensive backpressures creates leaflet calcification similar to that observed in vivo.

This test method can be used to quantify the effectiveness of anti-calcification treatment.

The degree of calcification can be quantified using μCT, Spectroscopy, or histology (Von Kossa staining) upon request.

The volume and location of calcium deposits can be determined with μCT. This test can give bulk distribution throughout the valve, or highlight calcium deposit through the thickness of the
tissue depending on the resolution selected.

As a valve calcifies it also becomes increasingly stenotic. Increased gradients across the valve can be characterized by ViVitro with hydrodynamic testing before and after calcification.

Bioprosthetic heart valves are superior to mechanical valves in hemodynamic performance and do not require lifetime anticoagulation therapy. However, they may succumb to premature tissue calcification, which is triggered by calcific aortic valve disease. 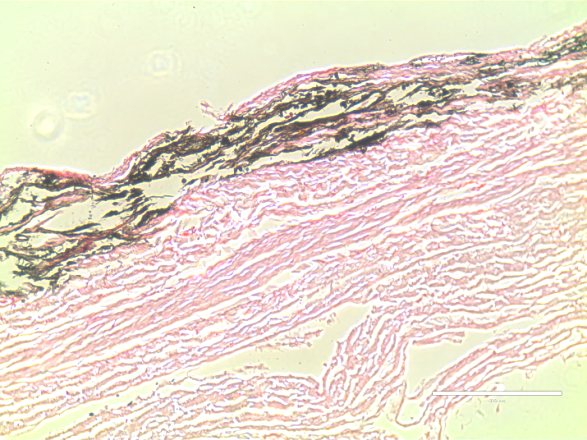 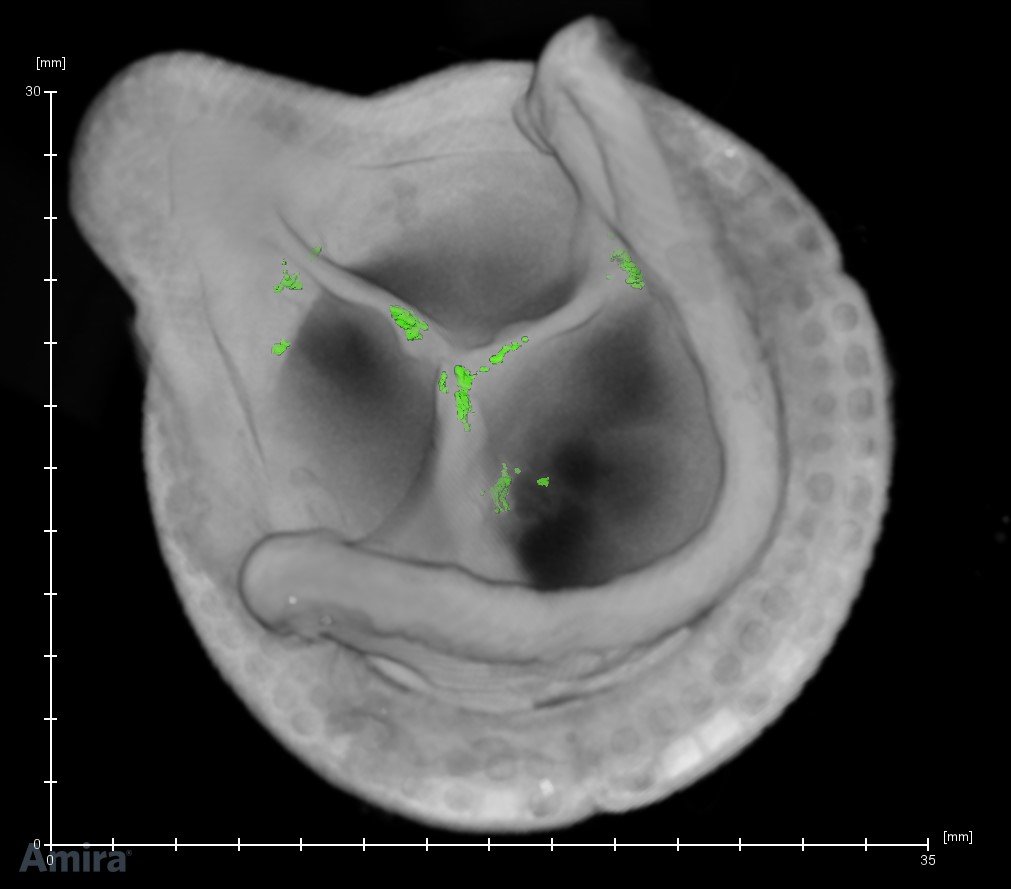 3D reconstruction of the calcified heart valve using μCT, the calcium. (Deposits are shown as colored regions. The relatively small degree of calcification demonstrates the effectiveness of anti-calcification treatment. )

Many companies look to academia to handle their testing needs due to the reduced cost. With ViVitro Laboratory Services you gain the following advantages:

Time to Market
We understand how critical your timelines are. Our expertise and experience ensure your schedule is met and our commitments are delivered on time.

ISO 17025 Accredited
For studies used for regulatory approval this is a must. Victoria and Marseille labs accredited by A2LA.

Free Initial Consultations
All of our studies are scoped via no-cost, no obligation, collaborative consultation.

Guaranteed Confidentiality
We happily provide Non-Disclosure Agreements for all services, including initial consultation.