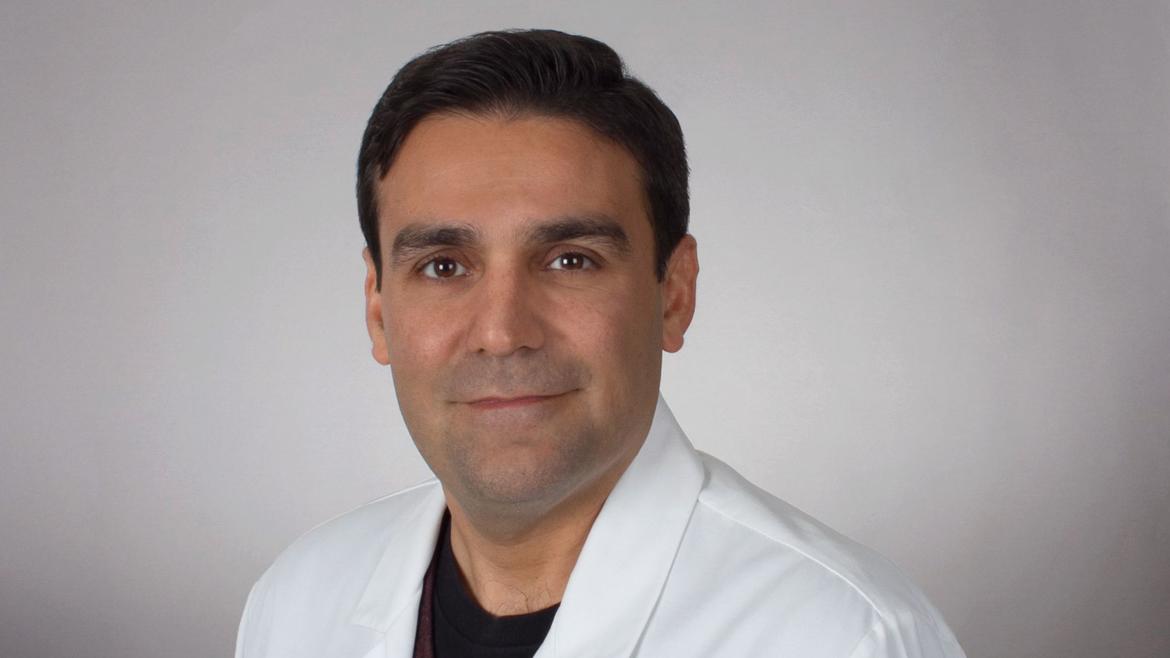 Niema Pahlevan (NP) is Assistant Professor of Aerospace & Mechanical Engineering at Viterbi School of Engineering and Medicine at Keck School of Medicine of USC. He is the director of Medical Flow Physics Laboratory (MFPL) at Michelson Center for Convergence Bioscience of USC. Dr. Pahlevan has a long history with ViVitro equipment.  He recently spoke with ViVitro Lab Manager and Interim General Manager, Rob Fraser (RF), about his recent work in the MFPL.

RF: Please tell us about your current work.

NP: My work basically involves physiological fluid dynamics. The main focus of my lab is cardiovascular bio-fluid mechanics – vascular and cardiac flow as well as fluid dynamics of the venous system.

NP: Research initiatives in our group begin with one of my collaborator-colleagues in the cardiology department. For example, cardiovascular surgery will say, “Okay, we have this problem. We want to solve it.”

So we start with simple modelling to figure out how to design the study, then we set up an in vitro experiment to understand the underlying physics. After that we move it toward a preclinical study or clinical study depending on whether it’s a non-invasive procedure or it’s an invasive medical device.

RF: That sounds very interesting. Are there a few projects you could highlight for us?

NP: One particular example is the story of finding a new way for heart failure monitoring. Our first step was to gain a better understanding of the systems of pumping in a cardiovascular system. The old perspective is the heart is the pump and the vascular vessels are resistive and compliant conduits for wave reflection. Our Hypothesis was that the aorta by itself acts as a passive pump. In other words, we hypothesized that waves inside of the aorta create a wave pumping mechanism. We did a very simple simulation to better understand the wave reflections in the aorta. Then we set up an experiment to investigate wave pumping phenomenon. In that experiment, we used the ViVitro pump (the very old one that we had back in Caltech, not the newer one at USC). I have both actually, I still kept the old one.

It was a fluid mechanics study. It turned out that rather than having a pump and the piping, we actually have the heart and the aorta as two coupled pumps. They are coupled to each other during systole and get decoupled after the aortic valve closes.

You basically solve an inverse dynamic problem. It solves intrinsic frequencies of the two pumps – the aortic pump and the left ventricle pump. And then you back calculate the heart ejection fraction. We conducted a clinical study at Huntington Medical Research Institutes. We showed in this study that ejection fraction computed using an iPhone from a neck carotid pulse is more accurate than, measuring ejection fraction using 2D-echocardiogram. This was confirmed later on another clinical study that was conducted at City of Hope using the concept. We were able to do this because of the basic research study enabled by physiologically relevant experiments and devices.

In a head to head comparison of the clinic MRI and the iPhone system, and 2D echo it was shown at City of Hope study that the actual ejection fraction from my iPhone is more accurate than ejection fraction measured by 2D-echocardiogram. That’s the whole story of how we started from a basic in vitro fluid dynamic experiment and ended up in developing something that can be a state of the art point of care.

RF: That’s amazing. How close is the ejection fraction that you are measuring with the iPhone? I understand that it’s better than the echo. How close is it to the MRI measurements?

NP: I think that the correlation was about seventy four percent and the limit of agreement was plus/ minus 19 if you use the iPhone camera itself. But there’s a different derivative device of the same concept. Basically, rather than putting the iPhone camera itself over the neck, you can use a wireless camera. If you use that set up, the limit of agreement and the correlation get slightly better when you compare it against MRI, which is the gold standard.

And when you compare it to similar blind studies that compared the 2D echo with MRI echo, depending on the study you see people report from 60 percent correlation all the way to 79 and they limit the agreements of around 19 to 22. So if you consider the average range, this method does slightly better. But in the City of Hope study where we have all three of them (Echo, MRI, and iPhone) compared to each other, in terms of detecting low ejection fraction less than 45%, the iPhone system did much better than 2D-echocardiograph. (please refer to article by Aremenina et al. “Clinical Cancer Research 24.13 (2018): 3119-3125.” for the details of the study)

RF: Wow! What reactions are you getting to this? Are you getting clinicians to start using this, or are you still more in the exploratory phase?

NP: We got a lot of excitement. A lot of e-mails and calls from not only academics, but also regular clinicians. They wanted to use the iPhone system in their practice, but it’s not FDA approved yet. I know the intellectual property of the devices and the concept belongs to Caltech. They have licensed it to a company called Avicena LLC. And as far as I know they are moving toward getting FDA approval.

RF: You mentioned the SuperPump pulsatile pump was a key part of that. You’re developing an aortic model. Would you mind sharing your thoughts between the old pump and the new pump.

NP: Well of course the new pump gives much more freedom. In the old pump it was almost possible to use a custom wave form. But in terms of user friendliness, accuracy and precision, the new pump is much more sophisticated and easy to use. You know, usually it’s a trade-off. You want it to be user friendly or high quality. But fortunately in this case both were improved at the same time.

RF: Thank you for the kind words. Now that another company is working to commercialize this IP, what are your plans looking forward?

NP: I’m just moving to a new project, newer studies. Right now we are trying to use the ViVitro pump connecting into another Left ventricular arterial in vitro system that we’re developing a lab in order to study the coupling between the heart and aorta and cerebral vasculature. How changing the dynamics of the heart, which is modeled through the ViVitro pump, and the vasculature can affect blood distribution toward the brain or pulsatility transmission to the brain. Things like that.

RF: Very exciting. You’ve been very successful in taking a clinical need, researching it, understanding what the key fundamentals are, and then moving to commercialization with a device. Do you have any advice for people that are doing the same thing?

NP: One of the key components of doing both a numerical simulation and an in vitro experimentation is to get the boundary conditions correct. When it comes to numerical simulation you have to have the right ODE (Ordinary Differential Equations). But when it comes to experimentations, you need to have the right devices and materials, especially the pump which acts like the flow source of the whole circulation. If you have good devices that are as close as possible to the physiological condition, then you are better off at coming up with something new that is also clinically relevant.

RF: Very solid advice. Thank you so much for taking the time to speak with us today, Dr. Pahlevan. We really appreciate it.

Read about other Cardiovascular Pioneers here.